The Rodgers Forge Citizens on Patrol may not be as complex as other neighborhood watch groups—it is a handful of volunteers who care about the safety of their community—but their attitude is contagious. They do what they can to make their neighbors feel safe, which is why Robert Williams, COP co-leader, spends about 400 hours each year patrolling the neighborhood. Williams, who has lived in Rodgers Forge since 1986 and has been involved with the COP since about 2005, feels a personal responsibility to contribute to crime prevention. So when there was a rise in petty thefts in fall 2013, he took charge and armed his neighbors with Mr. Beams spotlights.

Mr. Beams: How did you start using Mr. Beams spotlights in the neighborhood?

Robert Williams: A neighbor picked up on an article about the lights on the Rodgers Forge Nextdoor (a private social network for neighborhoods). So one neighbor decided to buy half a dozen lights and donate them to the COP. At first we were just giving out the lights, and some people wanted to pay it forward and give to the project. Then I started buying lights from the website and posting on the Nextdoor site saying if people wanted lights, I’m ordering more. (Williams uses the MB390 UltraBright Spotlight)

MB: What kind of impact have the lights had?

RW: Close to 10 percent of the neighborhood actually have the lights, and they love them. We’ve put up lights for people who actually have floodlights that haven’t been working and they don’t feel like investing the money in having an electrician come out, so for $30 a light it’s a minimal investment and gives them a sense of security.

MB: Since you’ve installed so many of these lights for neighbors (about 75*), where would you suggest installing them?

RW: I would say in areas that aren’t well lit where a homeowner may be concerned that a person or criminal can hide. Anywhere you put light on your property is a good thing and it protects your property, and the motion sensor capability is the element of surprise to a criminal. Criminals don’t like to be surprised and they don’t like to be seen. 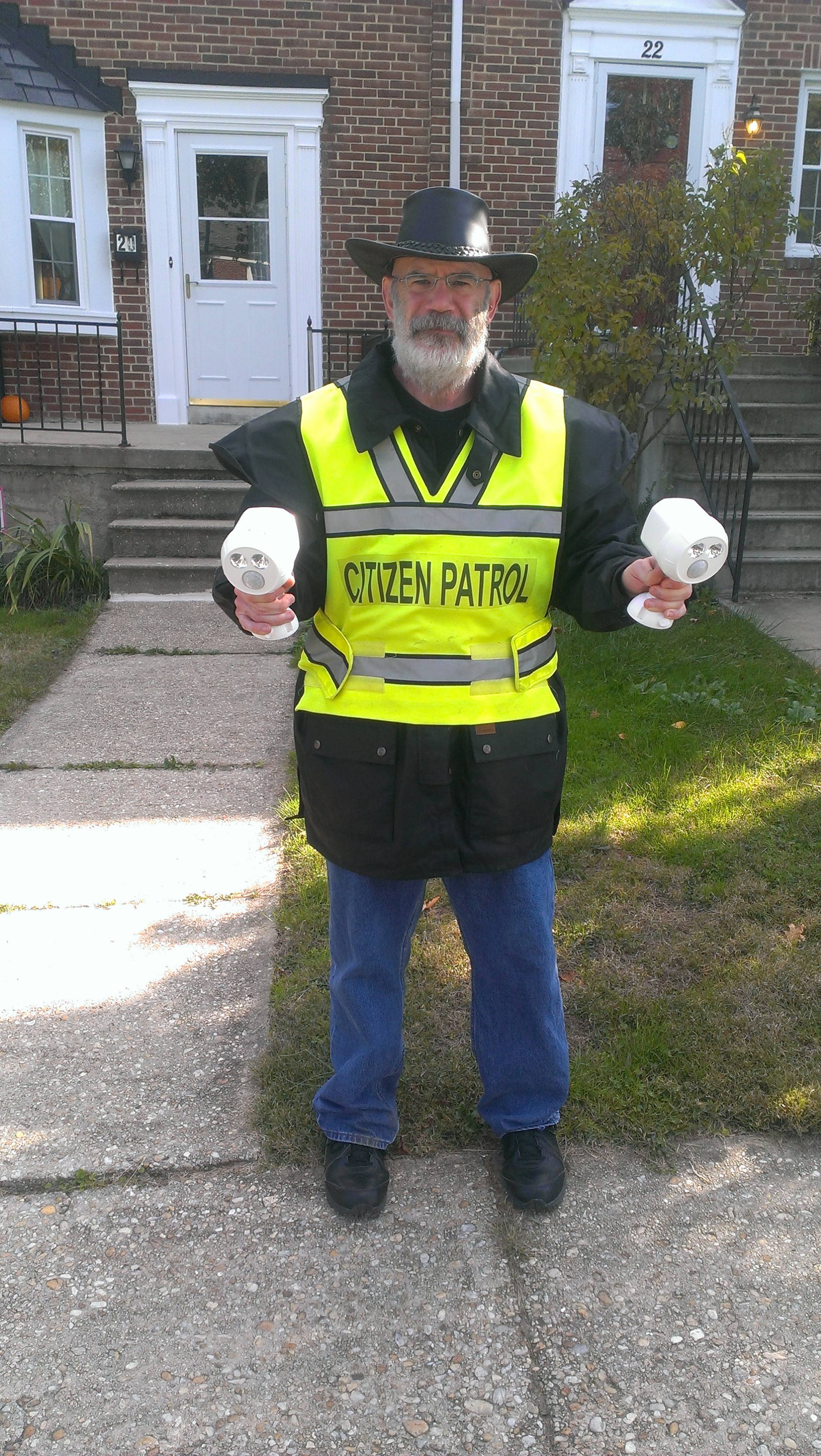 MB: What other safety tips do you have for neighborhoods?

RW: Something I came up with for the Rodgers Forge COP that any citizen can enact with minimal effort called “lights on, lock up, look out.” Don’t look at your community through rose-colored glasses saying, “Nothing’s going to happen here.” Crime happens everywhere. Engaging with your neighbors on a social network is huge. Talk to police precincts and get up to date information about what is going on in the community. Stay informed and stay alert.

Interested in how the UltraBright Spotlight can help improve your home's security?